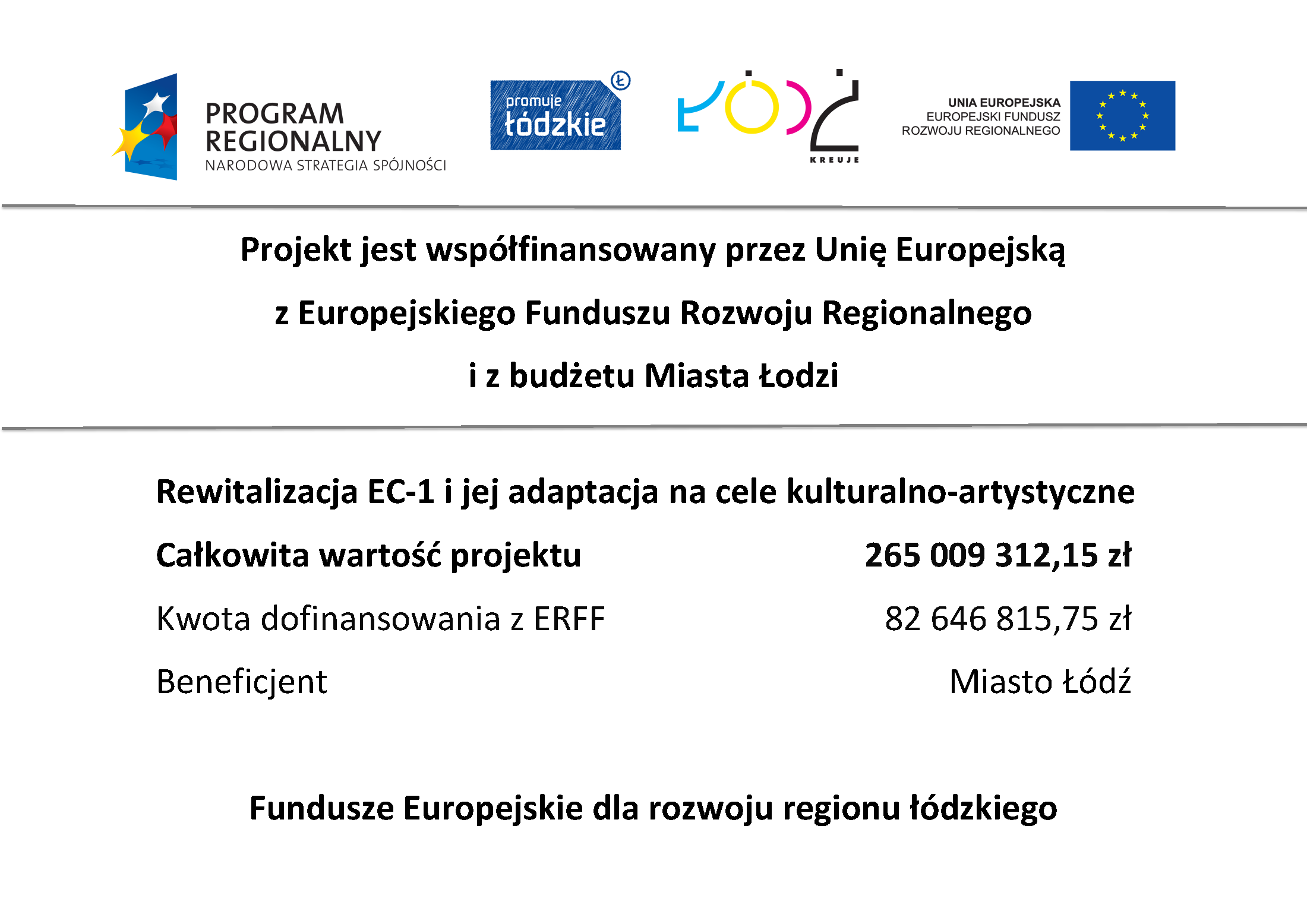 The subject of the project is an investment whose aim is to revitalise the post-industrial buildings of the former EC1 heat and power plant located in the centre of Łódź, which is of significant architectural and historical value.

The main tasks of the project include:

Modern cultural units such as The National Centre for Film Culture (EC1 East complex) and the Centre for Science and Technology (EC1 West) are to be located in the EC1 buildings.

Goals of the project: